Rock climbing or Mountain climbing are intertwined and the difference is very confusing to most of us. Mountain climbing is also known as Mountaineering or Alpinism and Rock Climbing is known as Scaling. A person climb up and down a rock formation or a rock wall. It is part of Mountain Climbing that enables the climber to reach the peak.

Rock Climbing has always been associated with Mountaineering but has managed to separate itself and obtain its own identity. It had gained a foothold in the United States and soon was set apart as a Sport on its own and gained its own followers that continue to increase over time. It is no longer viewed as a trivial pursuit in comparison to the success of summiting a mountain. The United States led the way in the 60’s and 70’s to bring Rock Climbing in the spotlight because of the Yosemite Climbers. These dedicated climbers pushed the limits of Aid Climbing and Free Climbing. As this sport matured, the difficulty rose and became more challenging. Oddly, the length of the cutting edge climbs gradually shortened and the climbers focused on doing harder and harder free routes which led to harder individual moves. Due to this, the most famous routes became short, single free climbs of fierce difficulty.

I remember trying my hand on this with the coaching of a friend who was an accomplished Mountain Climber and my first lesson was a fairly decent rock climb by Kai Tak Airport in Hongkong when I lived there. He led the way and I struggled behind him. It was winter time but I was sweating, huffing and spewing cold air through my nose that made me looked like a dragon in distress. Of course I cussed all the way up. I recalled asking my friend to help me up and all I heard from the top was “the idea of Rock Climbing is not to be pulled like a sack of potato”! I decided right then while dangling half way those rugged rocks and crevices that this was not for me. That I can salvage our friendship if we can just continue to be diving buddies rather than climbing buddies. 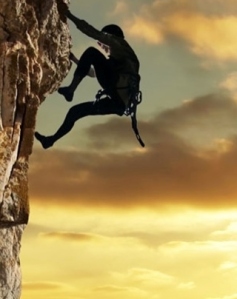 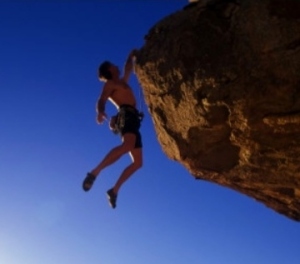 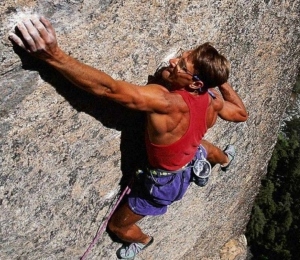 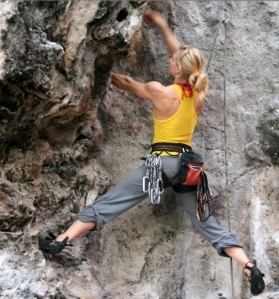 One thought on “Rock Climbing”